Zoroastrian Association of Greater New York (ZAGNY) announces with great sorrow that our beloved Prof. Kaikhosrov Irani (KD and Keku to his associates and close friends) passed away on June 29, 2017 at the age of 95.

Condolences may be sent to his niece Zarine Weil, zbweil@comcast.com and Zarine’s son Darius Weil, darius.weil@gmail.com.

At Prof. Irani’s request the funeral will be very simple and private, ZAGNY will have a memorial meeting at the Dar-e-Mehr, the date and time will be announced shortly. 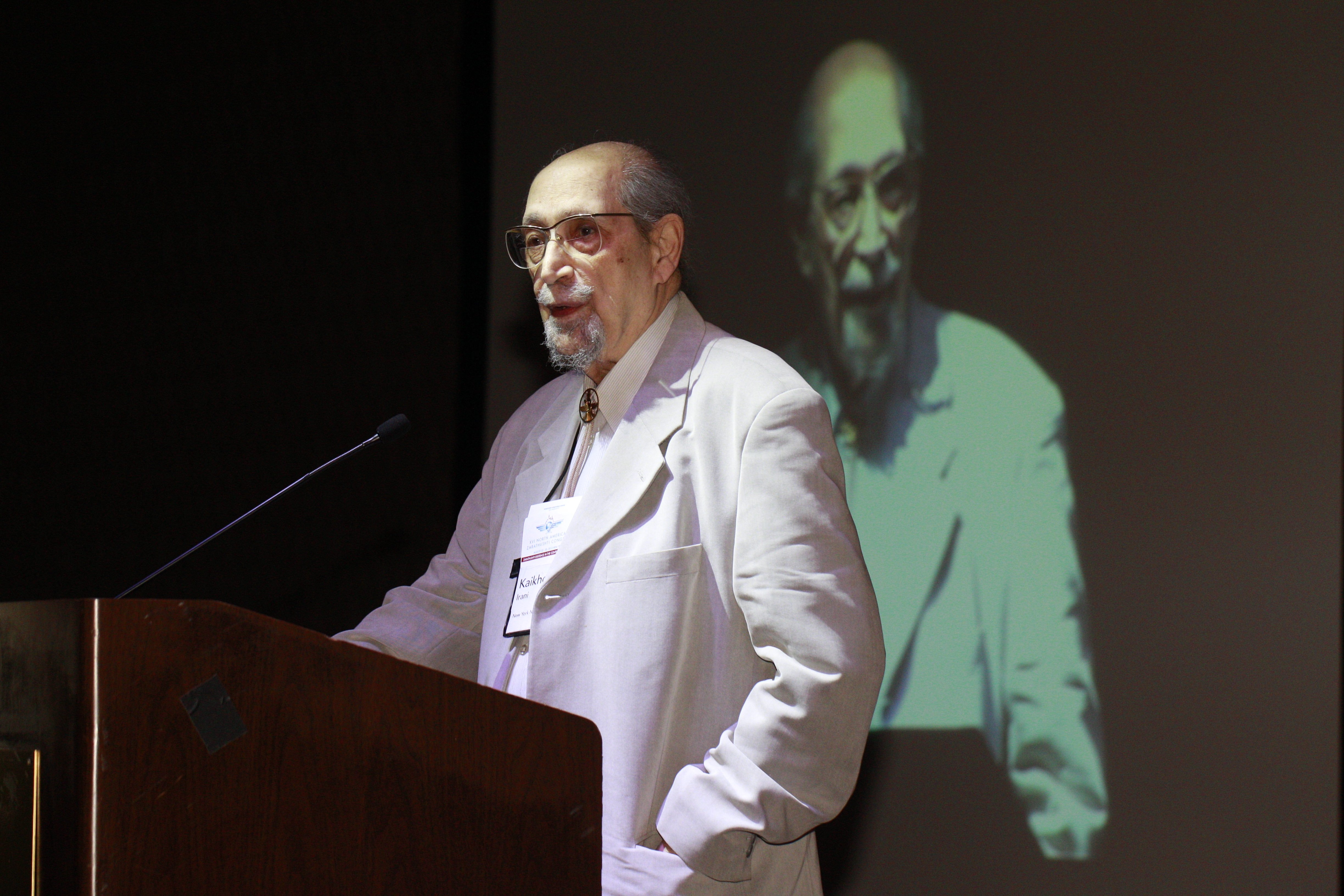 Kaikhosrov Dinshah Irani, born on May 1, 1922 in Bombay, India, was the eldest son of Dinshah Jijibhoy Irani and Banu Mithibai Sethna. He graduated from St. Xavier’s College in Bombay and obtaining a Law Degree from Bombay University. He met his future wife Piroja who was a fellow clerk in the law firm where they worked. He came to the United States and worked on the Manhattan Project at the Univ. of Chicago and then at the Princeton Institute of Physics, where he had the opportunity to have many interactions with Albert Einstein. So impressed was Einstein with him that he wrote a letter of recommendation for a teaching position in Philosophy at City College in New York which helped him to obtain the position. He returned to Bombay to marry Piroja.

Prof. Irani became Emeritus Professor of Philosophy at the City College of New York, after teaching there for 41 years. He was Chairman of the Department for nine years; and the Director, and Executive Director of the Program for the History and Philosophy of Science and was responsible for the development of the Program and its execution and teaching. He was also the Director of the Academy of Humanities and Sciences for 12 Years. He retired from teaching at the age of 90 and had a teaching record at City University in New York for 60 years. Here is a quote from one of his students: “Irani is an amazing professor; knows almost every major figure alive during his incredibly long lifetime; is lucid, precise, w/ fantastic memory. Be prepared for old, European pre-war teaching style. Take the class to learn, not to get a grade; he will not grade your work at all, but will give you a final grade from the gestalt or your performance.”

Among the awards he received, are: The City College citation for distinguished teaching in 1960, the Outstanding Teachers Award in 1984, the Award of the Society of Indian Academics in America in 1991, for service to the cause of Education. He also received the award for service to the cause of Zoroastrianism from the World Zoroastrian Organization in 1991. The Federation of Zoroastrian Associations of North America Lifetime Achievement Award, 1994. One of his greatest honors was the establishment of the K D. Irani Chair of Philosophy, at The City College of New York, through an anonymous contribution of $2,000,000, by one of his students in 1999.

His original field of teaching and research, was Philosophy of Science. Prof. Irani was one of those rare individuals whose unique background and interests allowed him to understand the works of both Albert Einstein and Emanuel Kant and to successfully apply this kind of knowledge to his chosen field of the Philosophy of Science. In the last thirty years he worked in the area of History and Philosophy of Ancient Thought — Religious, Moral, Mythic, and Technological. He was a contributor on the Seminar for Ancient Ethics, presenting a paper on the Dawn of Conscience. He applied these philosophical analyses to Zoroastrian Scriptures. His original analysis of forms of religiosity was applied to Zoroastrianism and the Indo-Iranian religions and the work was published in the K. R. Cama Oriental Institute Journal (1986) as part of the Government Fellowship Lectures in Bombay in 1981.

Prof Irani arrived in New York in 1947, long before ZAGNY. Over the long years of his association with ZAGNY and indeed the entire North American Zoroastrian community, he was our teacher and advisor and made us think what Zarathushtra really meant by our belief in Good Thoughts, Good Words and Good Deeds. His wisdom and guidance benefited us all. His lectures on Zoroastrianism and Philosophy instructed and guided us to be good Zarthushtis. His standing within academia helped with the recognition of the Zarathushti religion in North America.

As a philosopher one may have expected him to be an ivory tower type. Far from this, he as a true Zoroastrian, involved himself in the life of the community. During 1993-95 Prof. Irani served as the President of ZAGNY and was on numerous Boards of ZAGNY. He arranged seminars and conferences under the ZAGNY umbrella. He also arranged the first and second Gatha Conferences held in the UK and Los Angeles and the first Yasht Conference in New Rochelle, NY. From the time of the inception of the Arbab Rustam Guiv Dar-e- Mehr in New York, Prof. Irani conducted classes for adults on the subject of Zoroastrianism. His common sense and ethical approach to problems helped him shed light on many complex problems that arise within the North American Zoroastrian community.

He has given lectures on Zoroastrianism throughout North America, Europe, India and Pakistan. His knowledge of Zoroastrianism, especially the Gathas, his wit and sense of humor, and his ability to fit the subject of Zoroastrianism in the broader field of Philosophy makes him an engaging speaker and a great teacher. Prof. Irani is a person of great honesty and integrity, he has a firm belief in the teachings of Zarathushtra and was dedicated to these teachings. He had often trouble reconciling the social practices of Zoroastrianism when they were in conflict with these teachings.

Prof. Irani’s academic standing and respect gave him the ability to successfully represent and explain Zoroastrianism convincingly at many interfaith meetings. He was a unique treasure to the Zoroastrian community. His connections into the academic world provided the community access to some of the best minds who work in the field of religion and Zoroastrianism in particular. We were indeed fortunate to have amidst us this great philosopher, teacher and friend of our community and one of its finest members.